Emergency response procedure - the tools to get it right 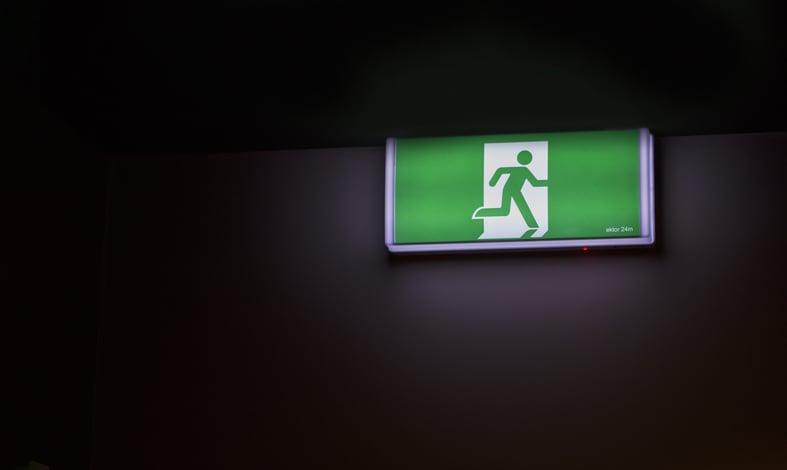 How to build a best practice co-ordinated incident management system.

It may come as somewhat of a surprise, but what we've learned here at Sentinel is that since the September 2010 and February 2011 earthquakes, Kiwi businesses and organisations are still not as prepared for them as they should be. This is true even of Canterbury businesses, who've been through significant seismic events.

This is mostly psychological. Research shows that when we calculate risk - particularly around events like a major earthquake - people tend to go with their gut instinct rather than the facts. Or they’re labouring under the delusion that if it’s happened already, it’s not likely to occur again.

Earthquakes are a fact of life in New Zealand. Business owners who are complacent about them - or even in denial - are putting the safety of their employees and the future of their business at risk. It's dangerous to think that because we've been through recent significant events, we won't have any more for decades; quite the reverse is true. What we have lived through in the last decade is more typical of what the future holds, as opposed to the relative peace of the past.

Business owners and organisations need to have an emergency response procedure in place to facilitate how they're going to deal with the next event. There's best practice around this known as Co-ordinated Incident Management System (CIMS), and it takes several key factors into account.

1. Effective emergency response is not just about evacuating a building

All too often, existing emergency response procedures consist of performing the drop, cover and hold technique, getting under a desk, and then evacuating the building. And while these responses are certainly critical, it's not all that needs to happen.

Effective emergency response is about responding to all the relevant effects across an organisation, and aimed at returning to business as usual, as soon as possible.

Particularly for organisations that are in more than one physical location, site-specific emergency response plans are essential. When an earthquake strikes, the head office of that business may not be physically affected, but it still needs to have an emergency response plan in place for those that are. They have a critical role to play in terms of what happens to affected locations. The organisation as a whole needs to be prepared for how they will support any of their sites that are impacted by an earthquake.

These three factors are critical, and for an emergency response procedure to be successful, all of them need to align.

Activation - how does your CIMS plan actually go into effect?

What triggers the emergency response plan - how does it start? Obviously, the earthquake itself is the precipitator, but once it's struck, who gets notified, and how? Who decides what level of emergency has just been experienced? Is it serious enough to generate a company-wide response?

Too many organisations don't have these considerations interacting effectively. There's too much 'make it up as we go along' thinking, which is detrimental to business continuity, customer relationships and staff morale.

That's why it's important to define roles and responsibilities - who will do what, and when. These include:

If you have these key people and teams in place, trained, prepared and ready to respond, you have a much better chance of effectively and efficiently managing a return to business as usual.

The CIMS will be familiar to organisations that have to operate in high risk areas, but its principles can apply to businesses of any size, for any level of emergency - not just earthquakes. The system is scalable depending on severity, and it's based on national and global best practice.

The Sentinel solution includes a templated Crisis and Emergency Response Plan designed to help organisations develop effective emergency response procedures that are based on the CIMS, and will ensure that each of the above critical factors are taken into account. They are comprehensive procedures and policies that can be applied to any organisation. They provide a simple and easy way to help your business go from just getting under a desk to effectively managing the entire event with the aim of getting back to business as usual, as quickly and efficiently as possible.

Combined with the data that Sentinel provides after each event, these templates will make sure that your business is well-placed to make the key decisions that must be made at each phase, so that you can minimise the impact of the disaster and manage successfully.