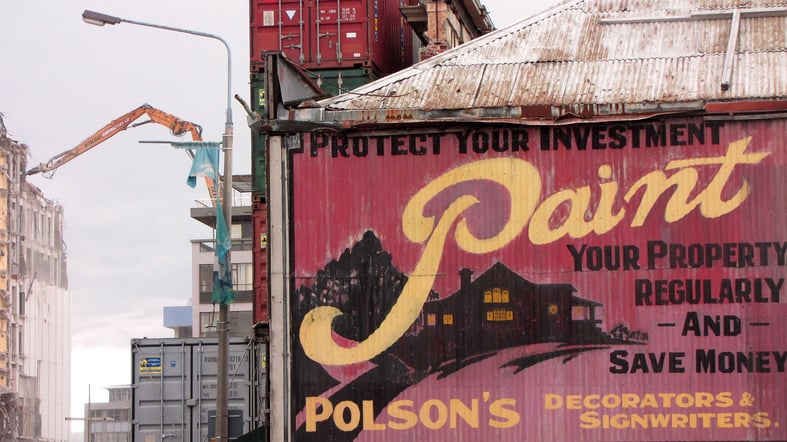 New Zealand has a very shaky history. The last decade has seen significant seismic activity, ranging from barely noticeable to highly destructive. And the science tells us that it will continue on this way - meaning that everyone, from individuals to business owners to managers of large infrastructure, needs to be ready for future events.

The silver lining is that we've learned a great deal in the last 10 years. In fact, New Zealand is leading the way when it comes to global best practice around earthquakes, and we can benefit from the major amounts of research that has been conducted around our volatile little nation.

We've touched on this before, but it's time to shine a spotlight on a significant, key finding from that research: that there's no such thing as a standard earthquake. No two are the same, and because of that, each one will affect your house, your building and your business in different ways. This flies in the face of what was previously thought before our relative peace was shattered in September 2010; we now know that relying on generalised information to make decisions about your house or building is dangerous, because of the uniqueness of each individual earthquake.

Each quake is generated differently, and because of this, each one interacts differently with a particular point at the surface, whether there's a structure on it or not. The following all have an impact on the outcome of any given quake:

Each of these factors has an enormous influence on an earthquake's shaking characteristics at any individual point. What this means is that trying to estimate shaking based on distant information is poor practice. What our Sentinel data has taught us is that there's significant variations in groundshaking over small areas of Christchurch's CBD.

Even if you're able to accurately gauge the groundshaking in a particular location, the impact it will have on a structure also varies significantly, depending on what that structure is. A residential house will be affected differently than a modern office block, which in turn will not be the same as an older office building. The type of structure, what it's been built with and when, all play a major role in determining how it's been affected by the groundshaking in one particular area - which as we've seen, itself varies significantly over small areas.

Mistakes can easily happen when decisions are made based on simple measures such as peak ground acceleration from distant sensors, combined with the assumption that its effect applies equally to different kinds of buildings across all areas. Decisions are often the wrong ones, which became abundantly clear after the Waiau / Kaikoura earthquake in 2016, and its effects in Wellington.

Compared to the recent prior experience of the Canterbury quakes, the peak ground acceleration of the earthquake in Wellington was relatively low. PGA simply measures the maximum force associated with the shaking.  It is a useful measure, but in Wellington, a low PGA was combined with long, slow shaking – much worse for many buildings.  Simply put, in Wellington the quake didn’t FEEL that bad to people, but WAS bad for buildings.  Many buildings in Wellington were affected much more than was initially realised – better and more appropriate information would have resulted in better and faster decisions.

There were other lessons too: we learned that a cursory, casual visual inspection from the outside of a building is not sufficient to determine anything useful. Just because it hasn't fallen to one side or there are no visible signs of damage doesn't mean it's safe to occupy. The detailed engineering inspections required to verify the structure are very expensive and time consuming – if you’re going to do this, you’d like to know with some certainty that it’s not a wild goose chase.

If you rely on generalised data to make decisions about the occupancy of your home or your business premises, you're running the risk of making the wrong decision. You might decide to stay in a building that's unsafe, which means you're compromising the safety of your family, your tenants or your employees. On the flip side of that coin, you might make a needlessly conservative decision to vacate the premises when it's not necessary, which is a major inconvenience and unnecessary expense.

Not only that, but if the building does need repairs, and you're claiming insurance for the expense, the claims process will go a lot smoother and faster if you can provide the insurance company with accurate data about what effect a particular quake has had on your particular building.

Sentinel doesn't take simple measurements; it delivers a variety of groundshaking information, including the actual shaking at a particular location. This eliminates the guesswork so that you can determine, with 100% accuracy, the shaking at your site. Most importantly, Sentinel derives the ground response spectra at every monitored location, which relates the characteristics of the shaking to a building's design intent. A seismic engineer can then look at that information and say with confidence that the groundshaking characteristics of this particular earthquake has likely affected a structure of this type. Or, that it hasn't.

Because each individual earthquake - and its sequence of aftershocks - is unique, you need accurate information about the quake and how it relates to your building's characteristics to help support your decisions. Having a solution like Sentinel in place means you'll be in a position to make the right decisions about your home, your business and your buildings.

Before and after a quake strikes, there are things that need to be done. We've prepared checklists for business and building owners that will help make sure all the boxes are ticked.